What to Do If You Experience a Truck Fire 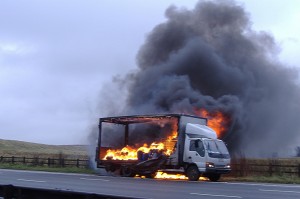 There are many times when a truck fire is completely preventable.

When you’re on the road trying to meet a deadline, the last thing you want to deal with is the safety threat of a truck fire. These can be disastrous to your business and personal safety. Semi-trucks valued at $100,000 or more can suddenly be totally destroyed. Your life and your cargo can also be threatened. Read on to learn more about how what causes a truck fire, how to prevent them, and what to do in case one occurs. END_OF_DOCUMENT_TOKEN_TO_BE_REPLACED 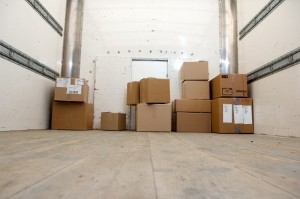 LTL (less than truckload or partial truckload) shipments can have a very positive effect on increasing revenue, despite them being unpopular with truckers. Data shows that in a usual week, only 6% of loads are LTL shipments. As most truckers prefer carrying full truckloads, a very small amount list their trucks as available to carry LTL in the first place. It may seem counterintuitive, as LTL shipments pay less than full loads so it seems unlikely that carrying these loads increase truck driver revenue per mile. However, as these loads are lighter, the use a smaller volume of a truck’s weight and capacity, actually offering 2-6 times more revenue per pound. Read on to learn more about the benefits and opportunities of carrying LTL loads.   END_OF_DOCUMENT_TOKEN_TO_BE_REPLACED

5 Ways to Show Respect to a Truck Driver 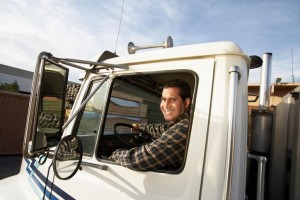 Treating truck drivers with respect is the right thing to do!

Truck drivers are some of the hardest working people we know. Why is it important for carriers, brokers, and shippers to show respect to them? Truck drivers make our modern economy possible! Here are 5 ways to show truck drivers the respect they deserve. END_OF_DOCUMENT_TOKEN_TO_BE_REPLACED

What Do Truck Drivers Listen to while Driving? 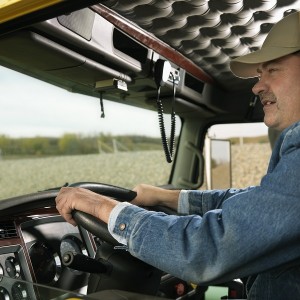 What do you listen to while on the road?

Truck drivers spend a ton of time on the road going from place to place. During these hours it is important for their entertainment and happiness to find worthwhile audio material to enjoy. It’s as important as having some healthy snacks on hand. All those long hours spent alone on the road have made many people question what exactly truck drivers listen to while on the job. Read on to discover the answers. END_OF_DOCUMENT_TOKEN_TO_BE_REPLACED 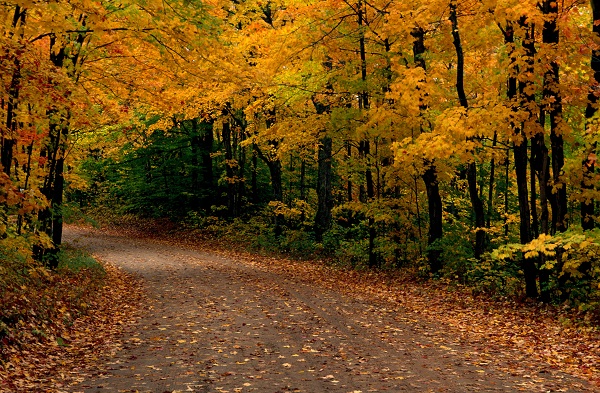 Watch out for wet leaves on the road during fall.

As the seasons change, so do the weather conditions. This can pose a number of challenges to drivers everywhere. It’s key to practice safe driving by using your best judgment. While driving, keep these tips in mind to ensure that your ride is as safe as possible. END_OF_DOCUMENT_TOKEN_TO_BE_REPLACED